As you’re confidently strolling down the aisle in a supplements shop, you may take certain things for granted. There are many claims made by products on the shelves, but the supplement industry actually has a dirty little secret. There’s not a whole lot of science behind most of the supplements you find stocked in stores.

The Food and Drug Administration (FDA) does very little to oversee the industry. As long as they’re not saying that they can prevent, cure, or treat a disease, they can claim a handful of things.   It’s up to you as the consumer to do the research and come to your own conclusions. Cannabidiol (CBD) is no different. In fact, CBD is one of the latest partygoers to crash this supplements party.

But unlike some supplements, some strong evidence really does have CBD’s back. While scientists need to stay objective to do good research, there’s a lot of excitement out there about what they’re finding and what more they have to find. However, it is important to reiterate that not all studies are created equal. We have something called the Scientific Method that helps keep scientists honest and objective.

Before we jump right into the ocean of scientific evidence supporting CBD and start surfing those waves of information, it pays to familiarize ourselves with some important science concepts on which the studies in the article are built. 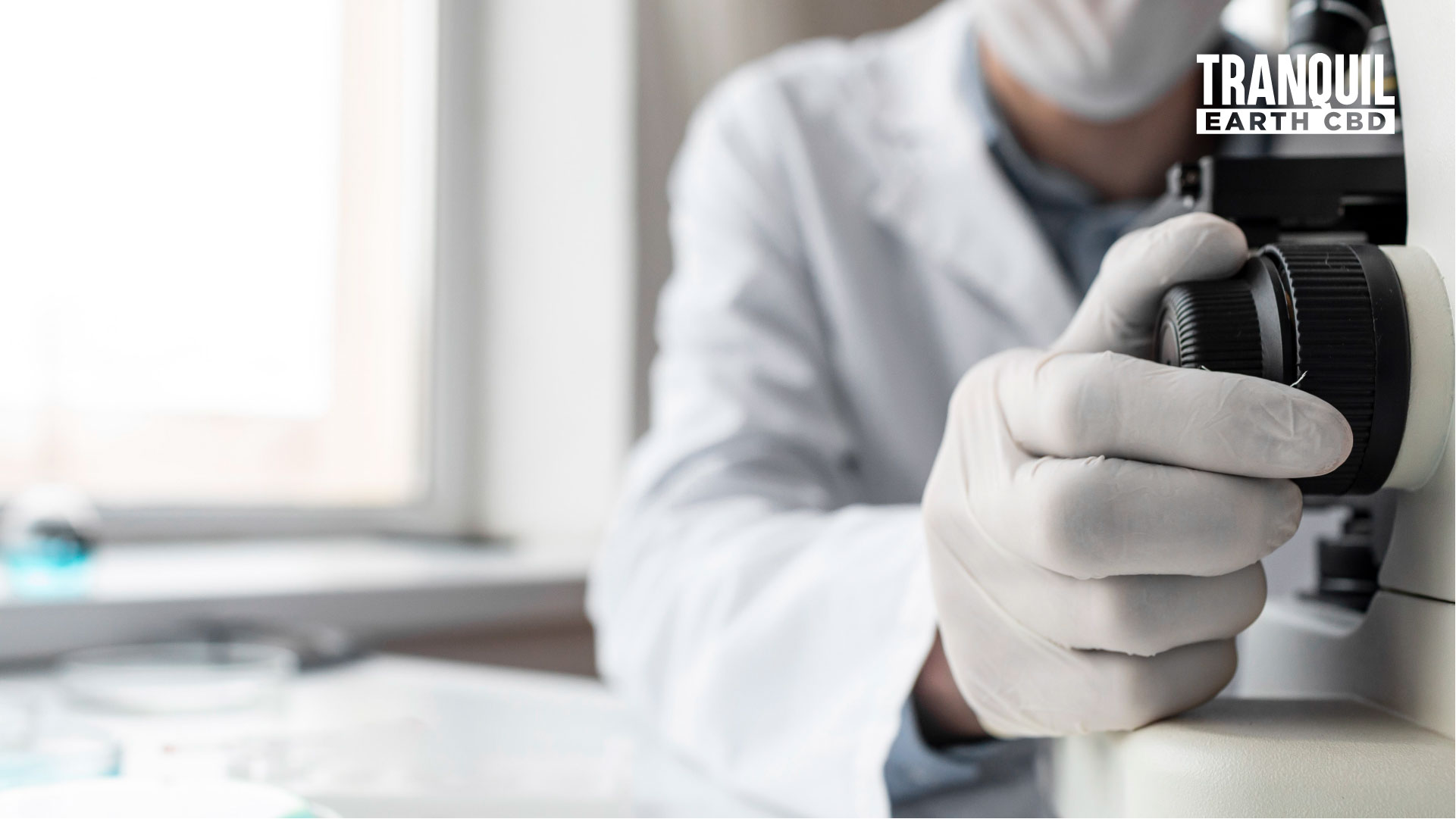 Science Concepts You Need to Know

The Scientific Method was invented around the 17th Century. Before that pretty much anyone could claim anything and call it scientific proof.

In an attempt to eliminate nonsense and false claims, several scientific concepts have been developed and we’ll be looking at these as we explore CBD evidence.

It’s also important to note that a study needs to be repeatable again and again and get more or less the same result to be valid. Did you ever wonder why there are so many similar studies out there? This is why.

Now, on to the CBD benefits strongly backed by science. 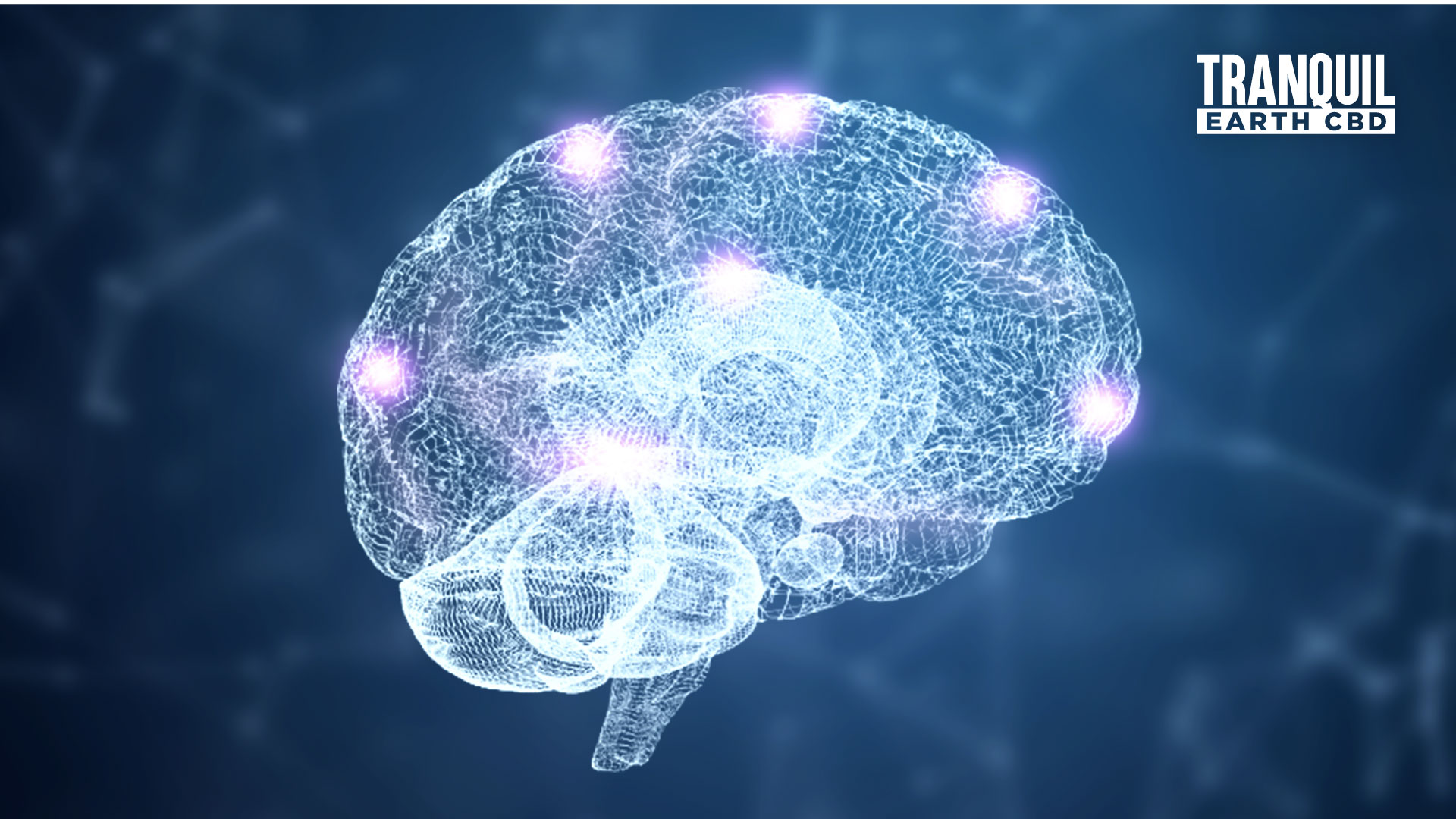 What’s the strongest possible proof for the safety and effectiveness of a medication? In the US, that’s an FDA approval. This isn’t to say they never get it wrong and have to pull drugs from the market. But they do require some significant scientific proof before they’ll approve a drug. Drum roll, please.

Enter Epidiolex. In 2018, this became the first federally-approved cannabis-based drug in the US. CBD is the active ingredient. For children with hard-to-treat seizures, this drug is a lifesaver.

In 2016, a little girl named Charlotte suffered from nearly perpetual violent seizures. Each seizure did more damage to her brain. Charlotte couldn’t talk or control her body normally. She was having 1000’s of seizures a month. Charlotte went on a regimen of CBD oil, which her parents acquired from a Colorado-based company and the seizures nearly stopped. Charlotte is now regaining much of her lost function and enjoying the normal childhood every child deserves.

As a result of Charlotte’s story, farmers in states where marijuana laws are laxer began cultivating cannabis called Charlotte’s Web that is very high in CBD and very low in THC, the substance that makes people high. Because of Charlotte more children with similar seizures now had access to CBD.

Charlotte’s isn’t the only story like this. But it was influential as it may have strongly contributed to the reclassification of hemp in the 2016 and 2018 Farm bills. These bills opened the doors for hemp-derived CBD to be sold in the US. It also encouraged the FDA to take CBD claims seriously leading to the approval of Epidiolex.

But one child’s story isn’t enough for the FDA. Let’s look at some of the scientific proof of CBD benefits for seizures that went into the approval decision.

You Want the Proof?

In 2017, researchers in the US and Europe conducted a placebo-controlled, double-blind, clinical study on CBD for individuals with a rare form of seizures called Dravet’s. Each participant was having at least 4 seizures a month, a far cry from poor Charlotte’s condition, but still terrible. During the study, the CBD group’s seizures reduced by half. The placebo group had no significant reduction.

How did CBD do this? The next benefit may shed some light on that. 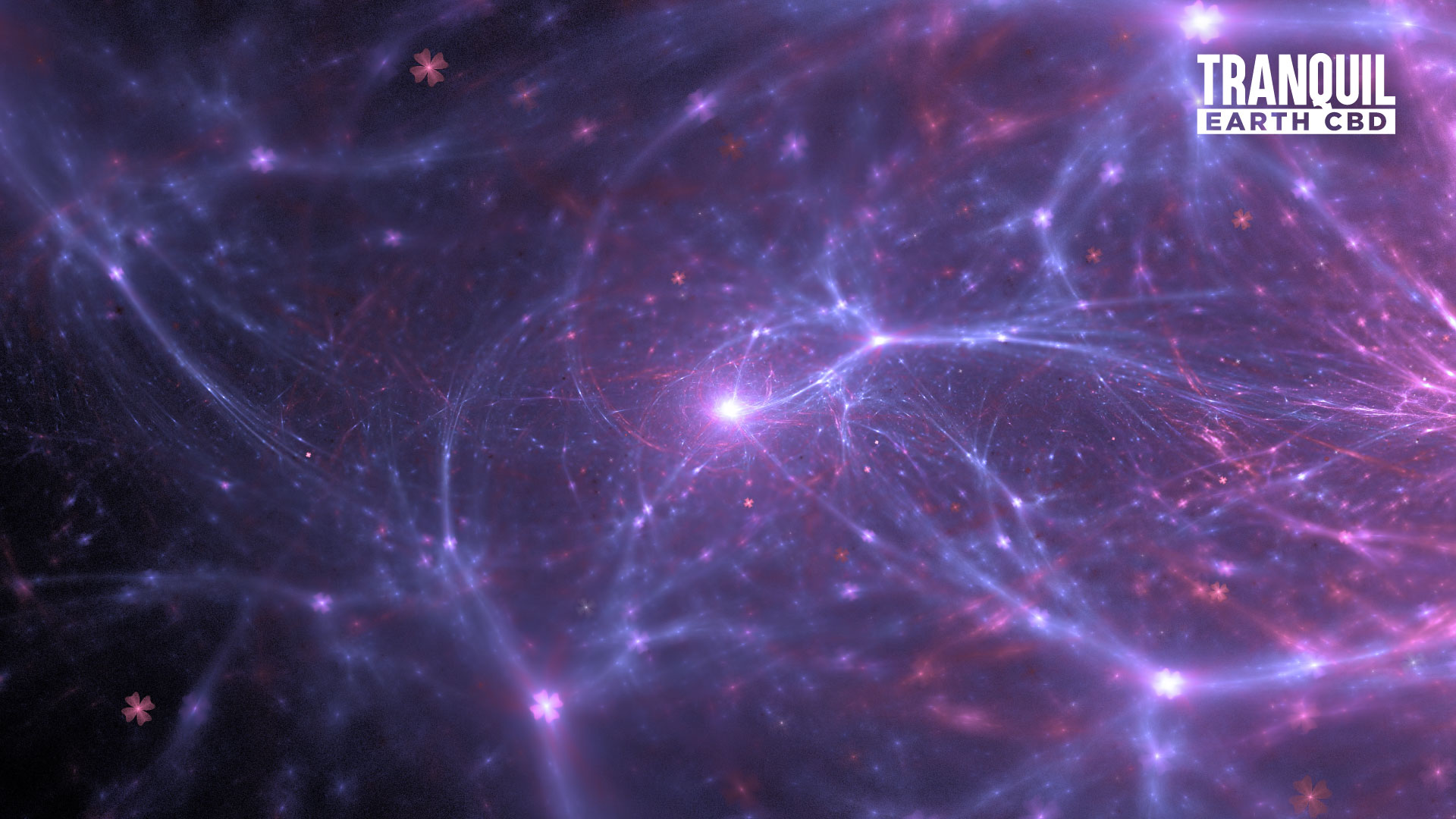 Studies have shown that CBD may protect the nerve endings and dampen overactive messages traveling through the nervous system. A seizure is more or less an overwhelming of the brain with too many messages at onc. This protection may go beyond seizures.

Has CBD’s day finally come? We hope so. And with each new study confirming the findings of the last, that looks to be the case.

Many scientists believe that CBD benefits may extend to other conditions that damage nerves like celiac, the disease that causes gluten intolerance, as well as multiple sclerosis (MS), lupus and rheumatoid arthritis, but’s still too early in the studies. You might choose to use CBD to see if it helps you with conditions of the nervous system.

But seizures and nerve protection aren’t the only areas where the science is strong. 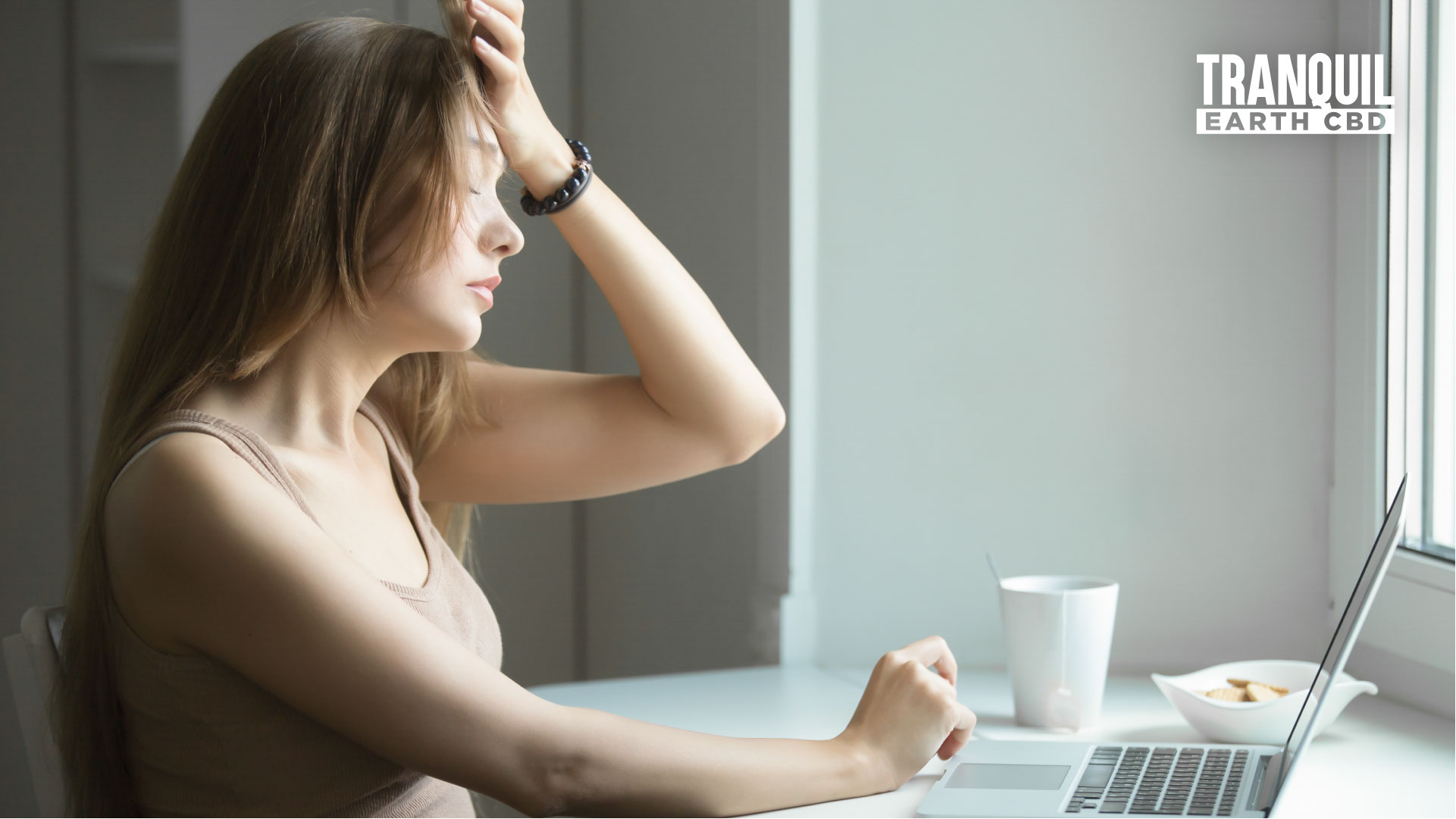 Healers of all kinds have been using cannabis to treat nausea for thousands of years. The first recorded usage was over 5000 years ago in what is now present-day Romania. In the United States, up until marijuana prohibition in the mid-20th Century, doctors regularly prescribed cannabis to their patients for conditions like nausea. In fact, the American Medical Association opposed the restrictive laws and regulations on cannabis. In the 1930s, they wrote a letter proclaiming the health benefits of cannabis and requested that it be researched. Despite their request, cannabis research in the United States all but ceased around this time.

To healers, both ancient and modern, the proof was in the many patients who anecdotally described their relief. Now, we finally have the scientific evidence to support what ancient apothecaries and herbalists knew all along.

At this time, a major double-blind, controlled study is underway to provide FDA level proof of the CBD benefits for nausea. Once this study is completed, we can expect to see more prescribed CBD drugs hit the market. Even though this study has not yet been completed, it likely wouldn’t be happening if we very promising studies didn’t already exist.

Numerous other studies support the anti-nausea effects of CBD. In most cases, researchers studying the effect of CBD on nausea study it with THC. This is not because CBD can’t relieve nausea on its own, but because the THC in cannabis is an appetite stimulant. Not being able to eat is common for people on chemo and those with HIV/AIDS, so researchers are very interested in how both work together for these patients.

But if getting high isn’t the look you’re going for, know that CBD can stand on its own. 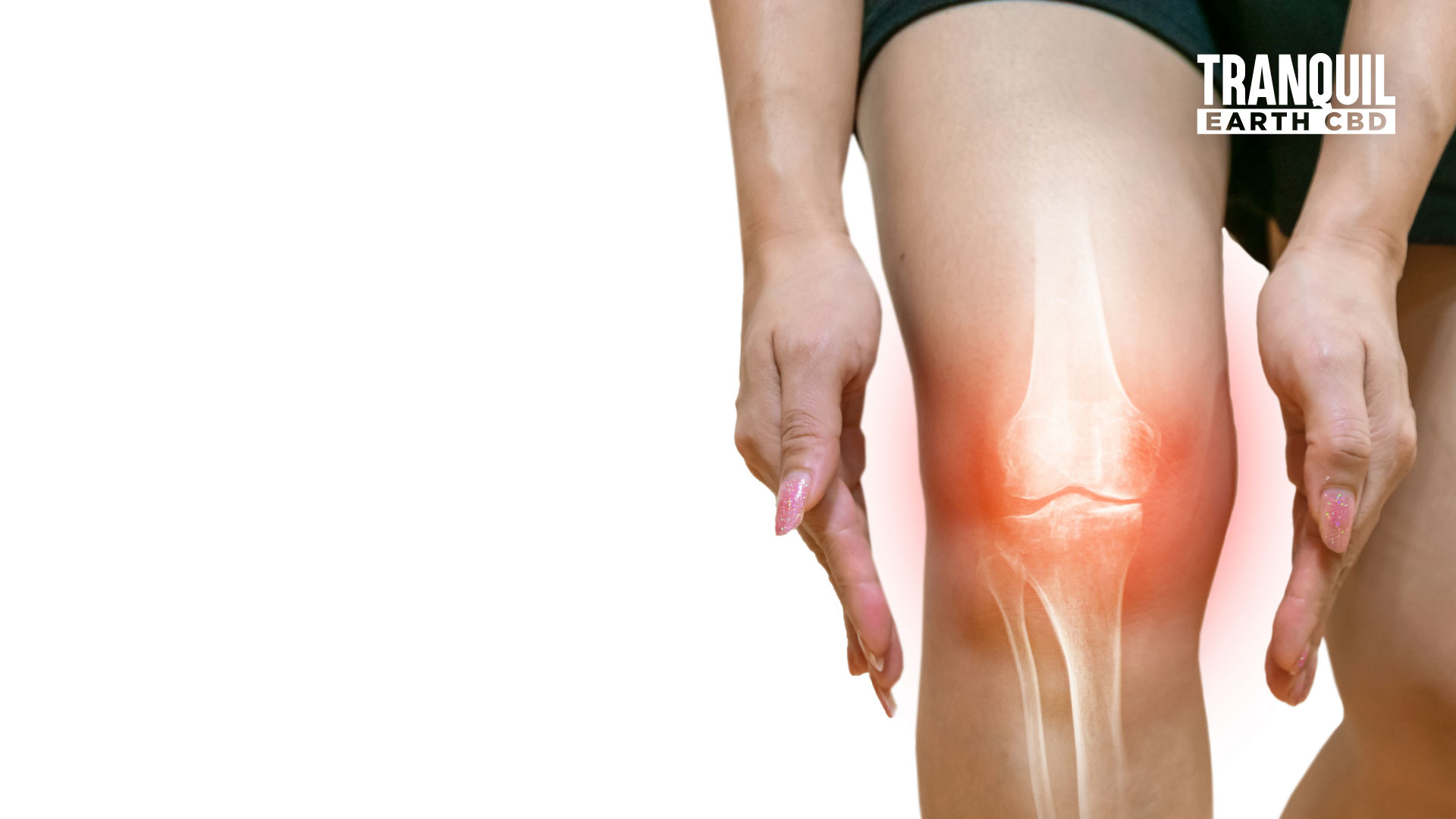 A lot of the chronic diseases that exist today wouldn’t exist without inflammation. For example, irritable bowel syndrome (IBS), colitis, arthritis, dermatitis, and autoimmune diseases all deal with inflammation. Inflammation is important. It’s how your body fights infection. But when it sticks around after it is needed, it can cause discomfort.

The benefits of CBD for inflammation are promising. It may be some time before we can say that it can treat a specific disease. More studies are needed to find the right doses. Until then, many people are experimenting and reporting positive results.

And we’re only scratching the surface here. 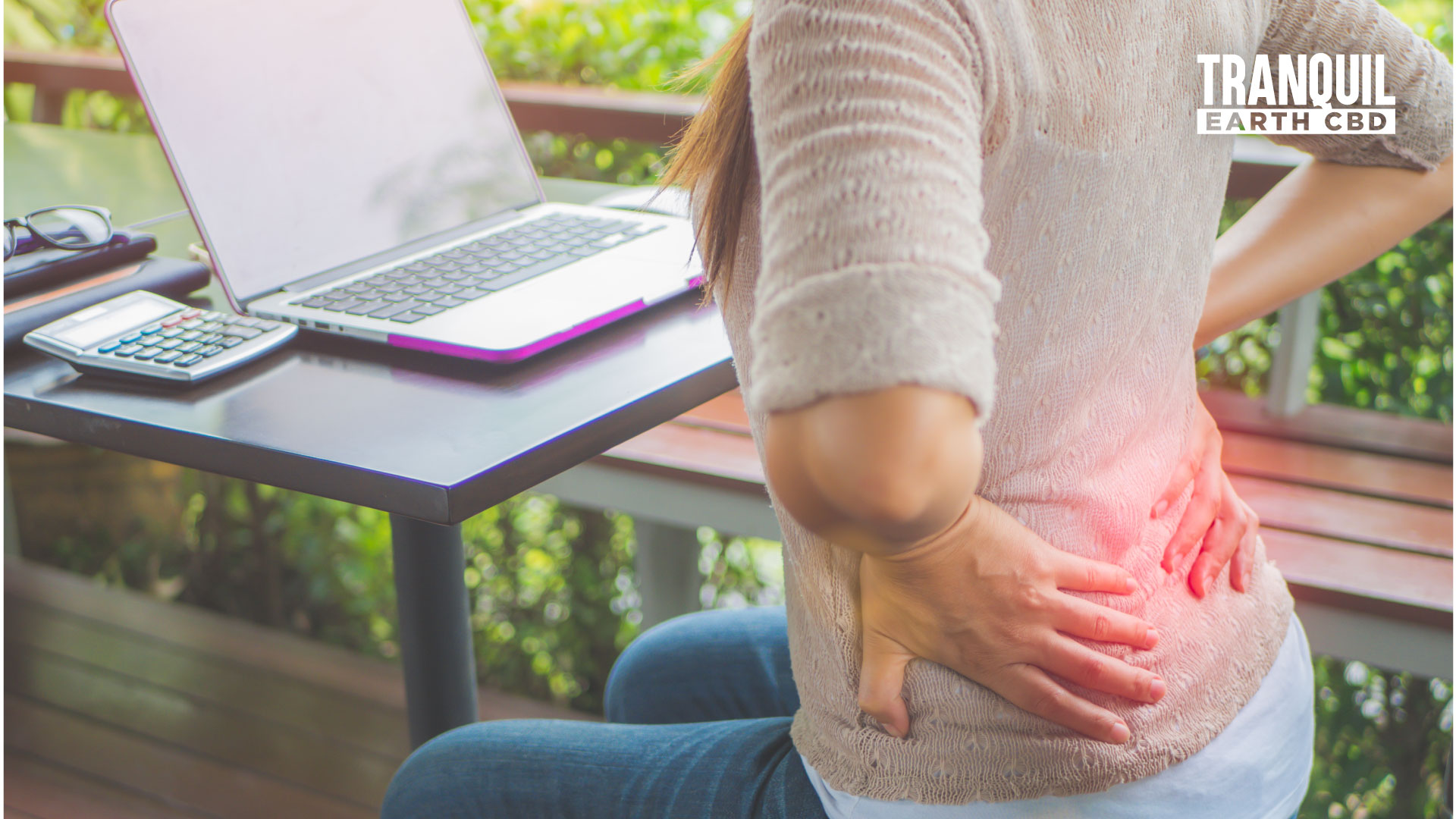 Inflammation and pain often go hand-in-hand, but it’s important to look at these separately. Does reducing the inflammation also reduce the pain associated with it?

Why is a dog study so significant? Pain reduction is very difficult to measure scientifically because it’s based on perception. On a scale of 1 to 10, how bad is your pain? But dogs don’t lie. If they’re moving around and look like they feel better, then they likely do. 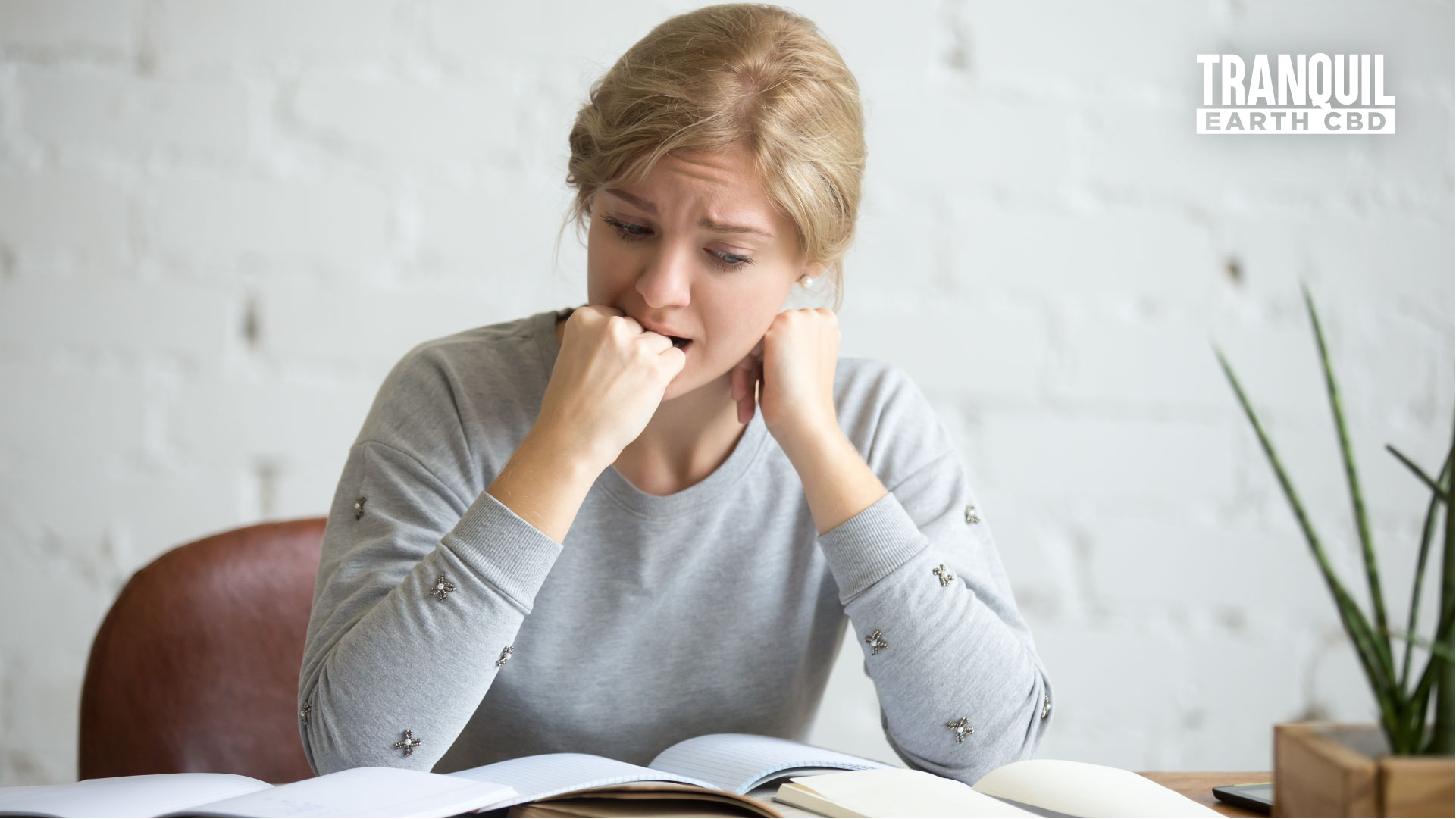 In today’s busy culture, stress is eating away at us all the time. Is there strong scientific evidence to show that CBD may help reduce anxiety?

Multiple studies support the anti-anxiety effects of CBD. Researchers are particularly interested in its ability to help people with:

In fact, CBD and anxiety studies have given us one of the best studies so far. Scientists gathered a bunch of participants who had significant clinically-diagnosed anxiety. They gave each of them a public speaking project. Before they pushed the participants onto the stag, they gave half of them CBD and the other half a placebo.

During the students’ speeches, they measured physical indicators of anxiety:

The CBD group outperformed placebo on every measure. 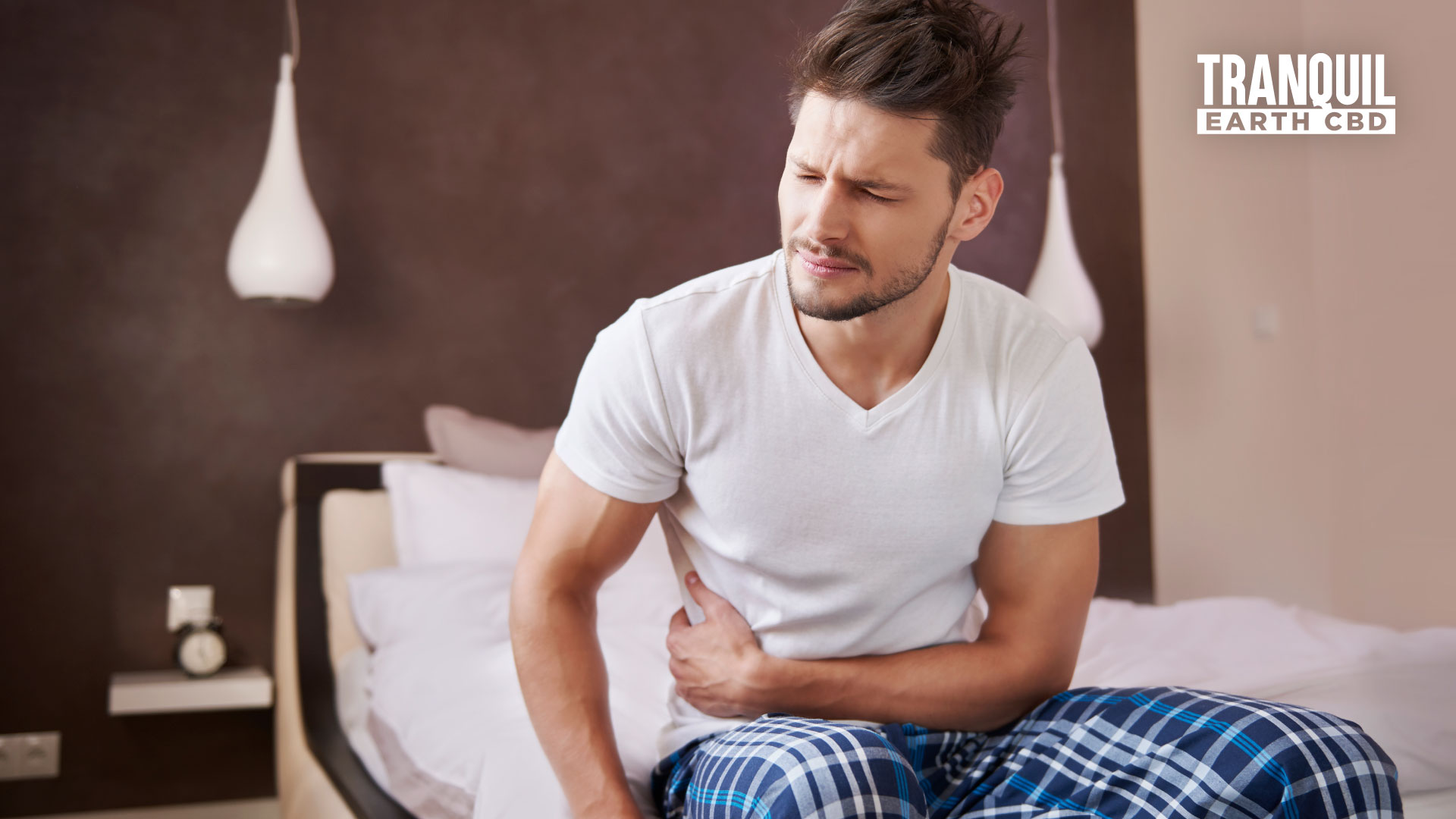 Irritable Bowel Syndrome is an inflammatory condition, but it deserves its own section. Common IBS diseases include ulcerative colitis and Crohn’s.

That last point is an important reminder that research is still ongoing. Despite the fact that many studies have been done, there’s a lot we still don’t know. That’s especially true when it comes to how much CBD a person needs for different benefits. The above studies have shown that CBD is safe in high doses and has no significant side effects. Plus, they are bringing to light what administration methods and doses work best.

Before we finish, let’s take a quick look at what these studies are showing us. 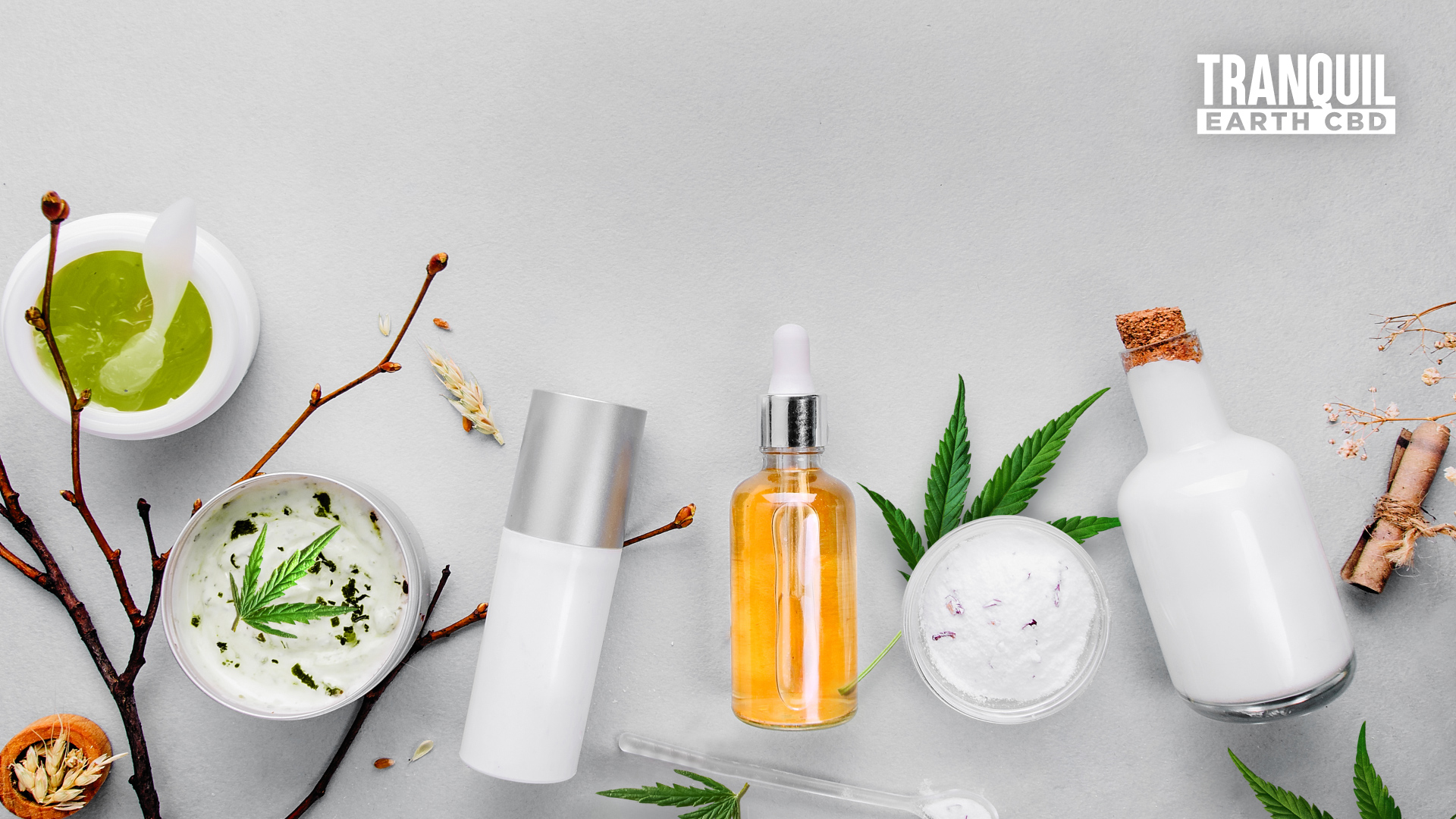 How do you take your CBD? You’ve got a lot of choices.

You can vape CBD straight into your lungs by inhaling CBD vape juice through a vape pen. The lungs are filled with mucous membrane that quickly absorbs CBD.

CBD can be absorbed through the skin using a CBD topical. If you have inflamed joints, applying it directly to that area is the most direct way to get the CBD where you need it.

CBD tinctures are your most versatile option. You can take it orally, sublingually, topically or turn it into a spray.  Sublingual administration, which is where you drip the tincture under your tongue, hold it for 90 seconds or so, before swallowing, helps deliver the CBD more directly into your bloodstream because it bypasses the stomach and liver.

CBD also comes in CBD capsules that could be taken with your morning coffee.

Following the 5-Hour Energy concept, you can take the little bottles with you anywhere. Open it up and get your CBD boost.

For a more natural form of CBD, you can get CBD in the form of hemp flower. It’s naturally high in cannabidiol and below the legal amount of THC.